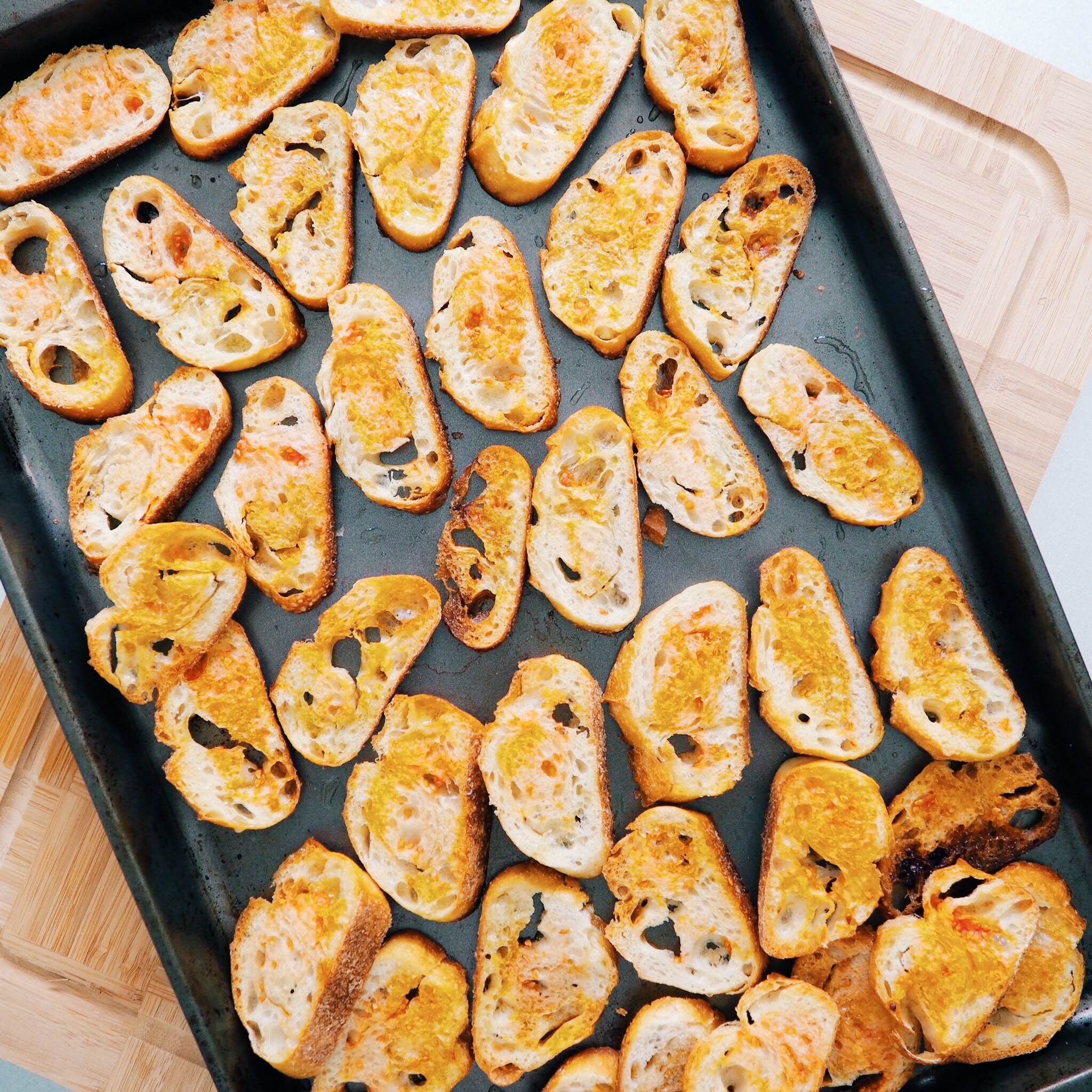 I’ve been lacking in creativity lately.  I hit a wall and haven’t been able to produce a recipe that I’m excited to share.  Now that I’m taking slow with the blog and my YouTube channel, it’s given me time to get inspired.  Sometimes that meant watching the Food Network and indulging in my favourite cooking shows from the classics like Ina Garten, Giada De Laurentiis, Jamie Oliver, Laura Calder or Anna Olson.  I LOVED watching them chop their food, sauteed it in a pan or pour flour into a big mixing bowl to see what creations would come of their culinary skills.   As a young girl, I remember it being a dream of mine to have my own cooking show.  I would get behind the kitchen counter, start cooking while speaking in a British accent (I have no idea why, I think I thought this was cool?).  Thankfully I had one viewer at the time – my patient golden Labrador retriever.  She’d watch but I think she was more in it for the food. 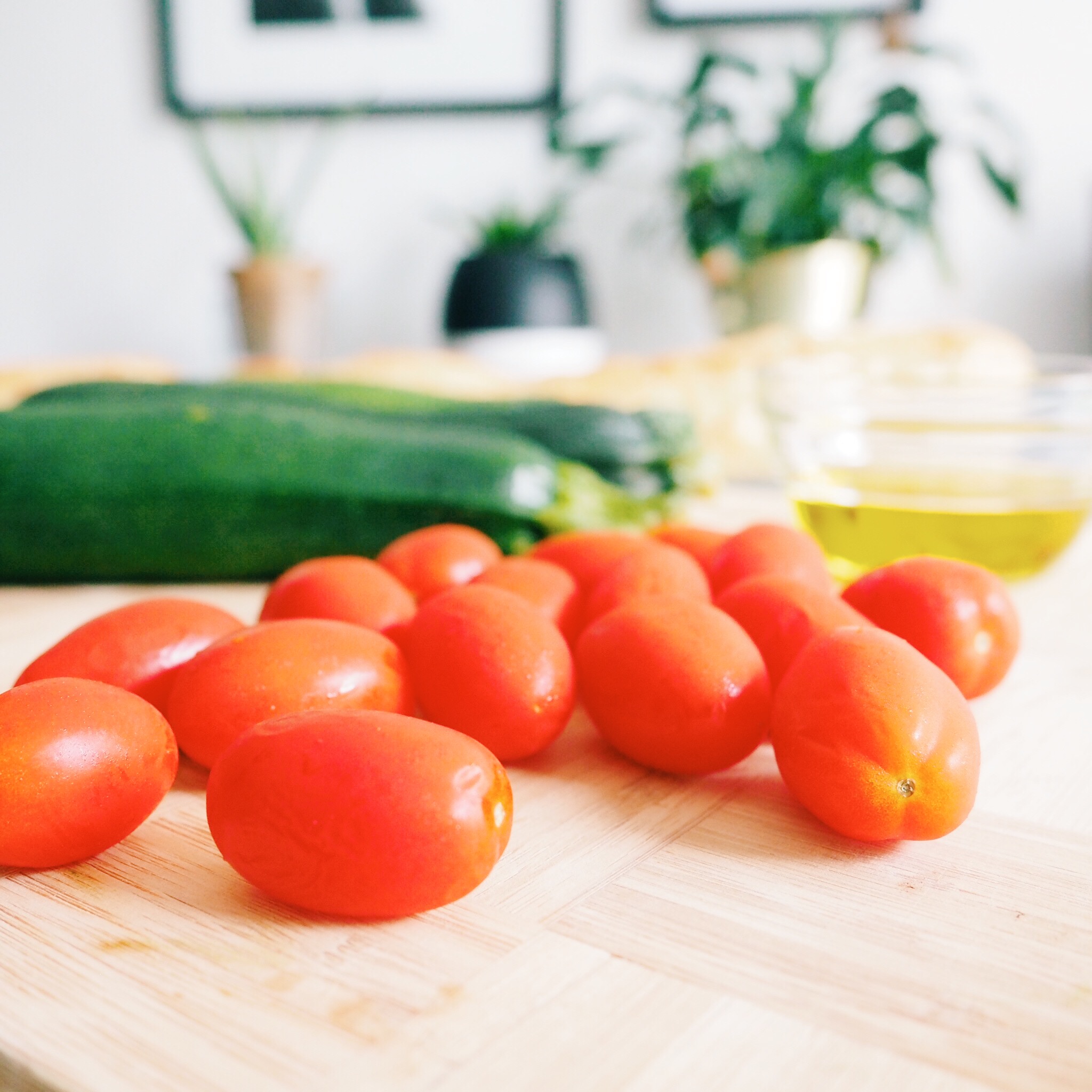 So this week I decided to get inspired again.  I binged-watched the whole season of Barefoot Contessa: Cooking for Jeffrey which just aired this year.  Man do I love her.  She’s my favourite female chef.  Her voice is so soothing.  And you can sense that she really loves what she’s cooking, it’s a genuine, “Mmm that smells great!”  I also enjoy her trips into town, supporting local farmers and shops.  Her relationship with her husband, Jeffrey is also so sweet, romantic and adorable.  They’re both near 70 and yet they flirt with each other as if they’re in they’re 20’s.  Their secret to marriage? “The secret is that you just take care of each other and admire each other and support each other, and you get that back,” Garten said, adding, “If Jeffrey and I disagree on something, he always agrees with me!”  They also chose to have a child-free life.  “I really felt, I feel, that I would have never been able to have the life I’ve had [with children]” – Ina Garten.  After finishing the series, I took a lot of inspiration from what she cooked, how she cooked it and the different flavours she would combine.  It was exactly what I needed for some creativity. 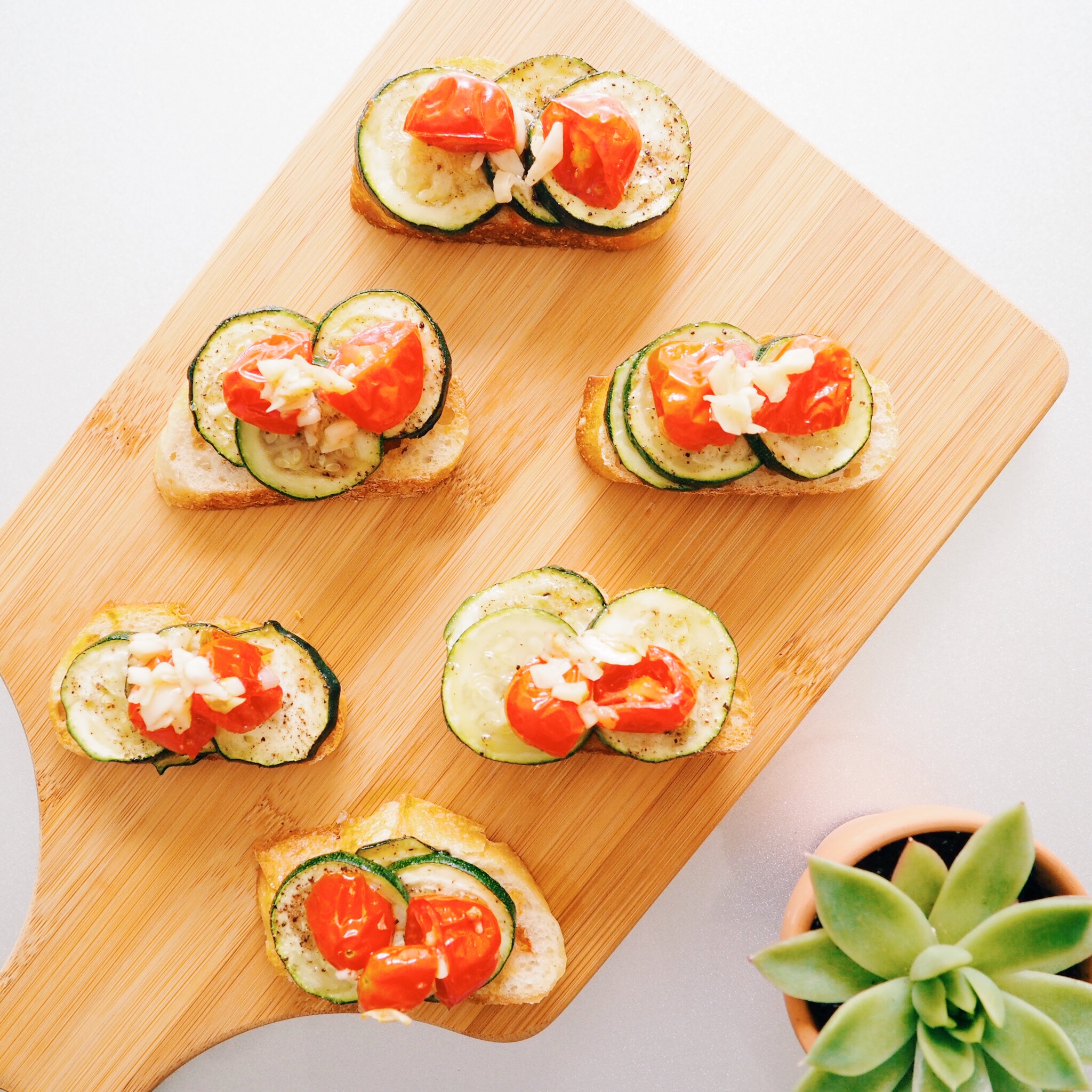 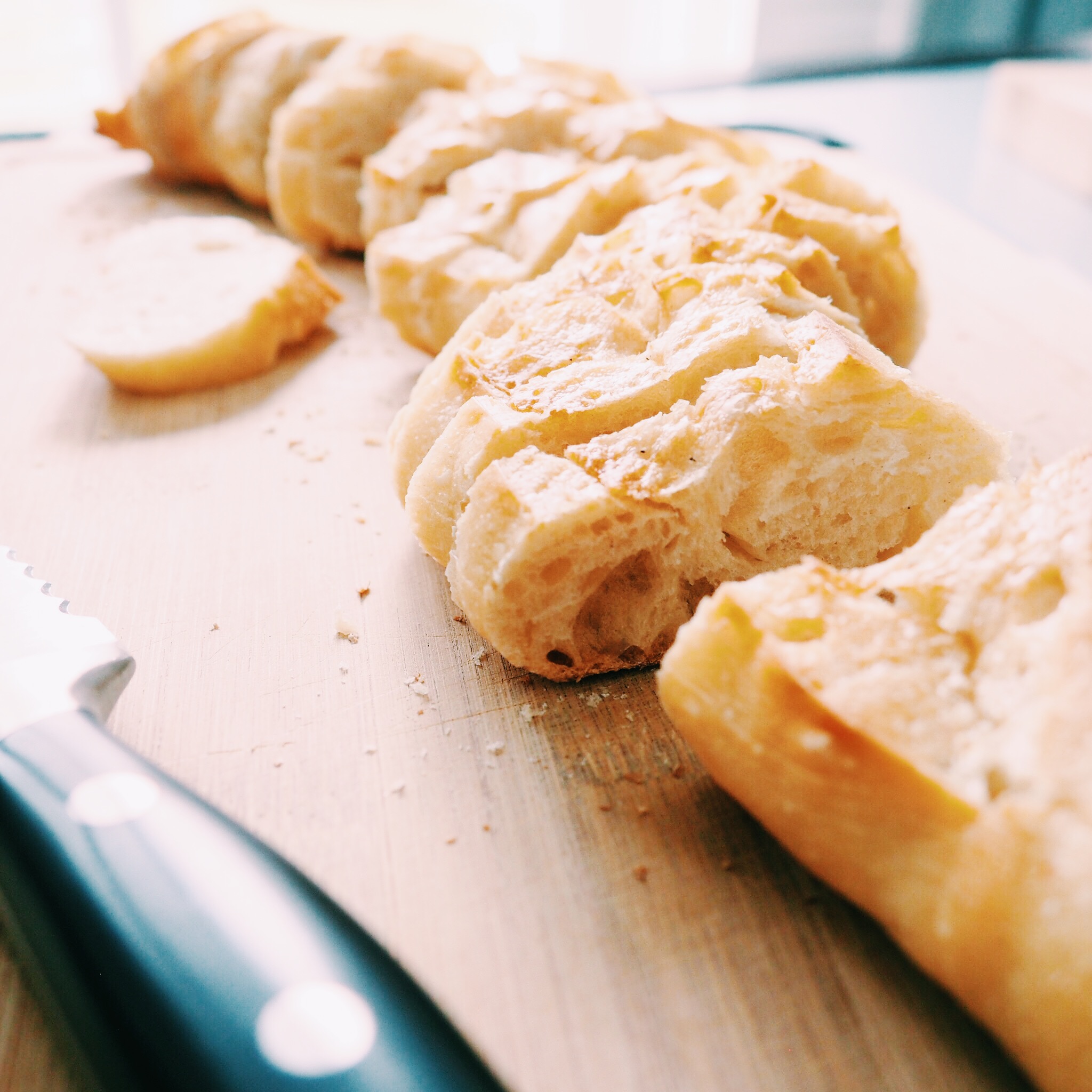 So this weekend, I made these Zucchini Tomato Crostini’s with a garlic rub.  Ina had made something similar but different.  She had used Swiss Chard which tastes like spinach but I’m not a huge fan of spinach on toast (a little too mushy for me) so I decided why not swap it for one of my favourite vegetables: Zucchini and Tomato? This recipe is SUPER simple.  Slice your french baguette into small pieces, rub garlic and tomato juice onto each piece, drizzle over with some olive oil and bake it in the oven. Meanwhile, roast the tomatoes, zucchini and chopped garlic for the same amount of time and top your veggies onto that crostini.  Simple, fast and fresh. For this recipe, I’m using Terra Delyssa Extra Virgin Olive Oil.

Well I hope you guys enjoy this recipe!  If you make it, please take a picture of it and tag @christieathome on Instagram and it may be featured.

Disclaimer: I am not sponsored by any companies listed in this post. 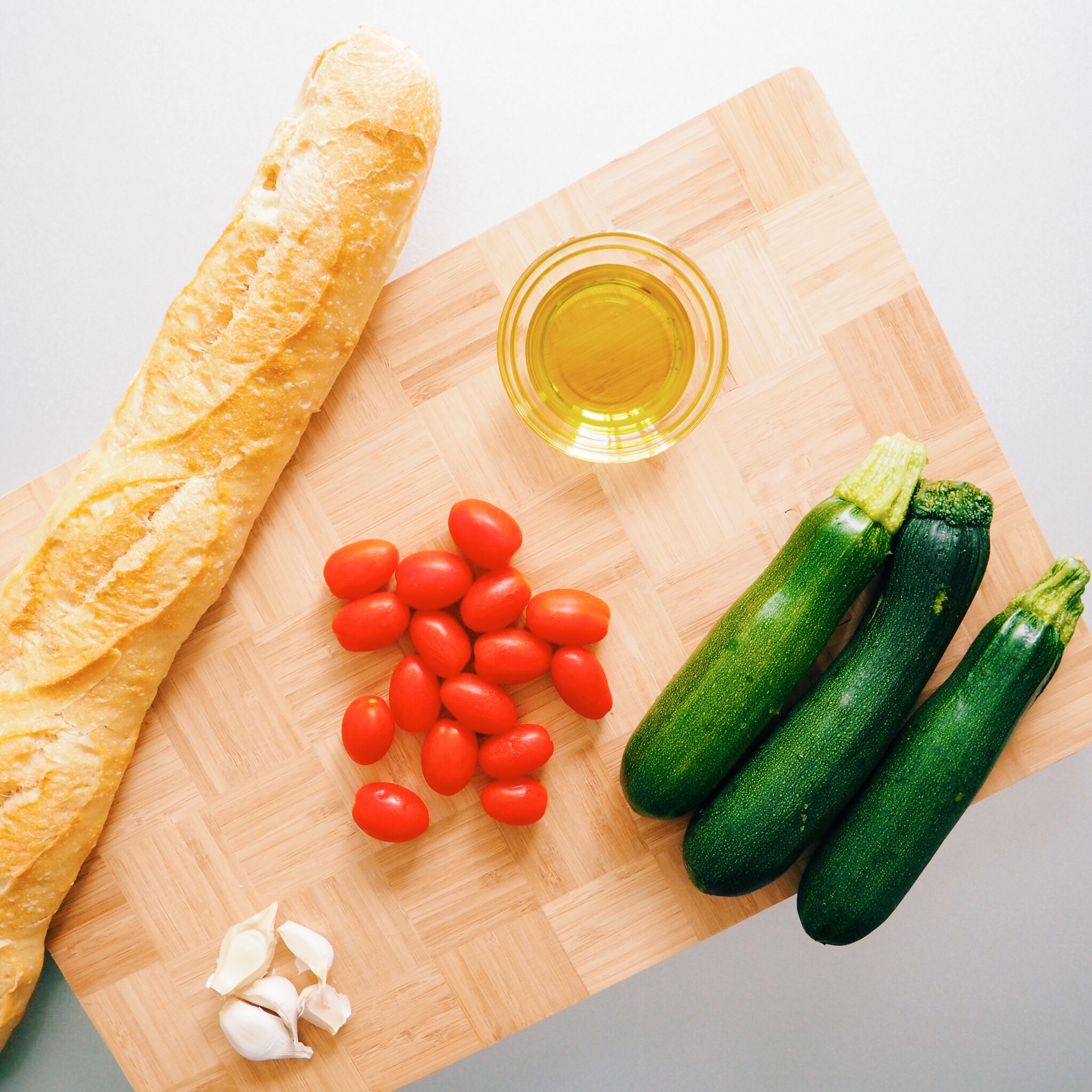 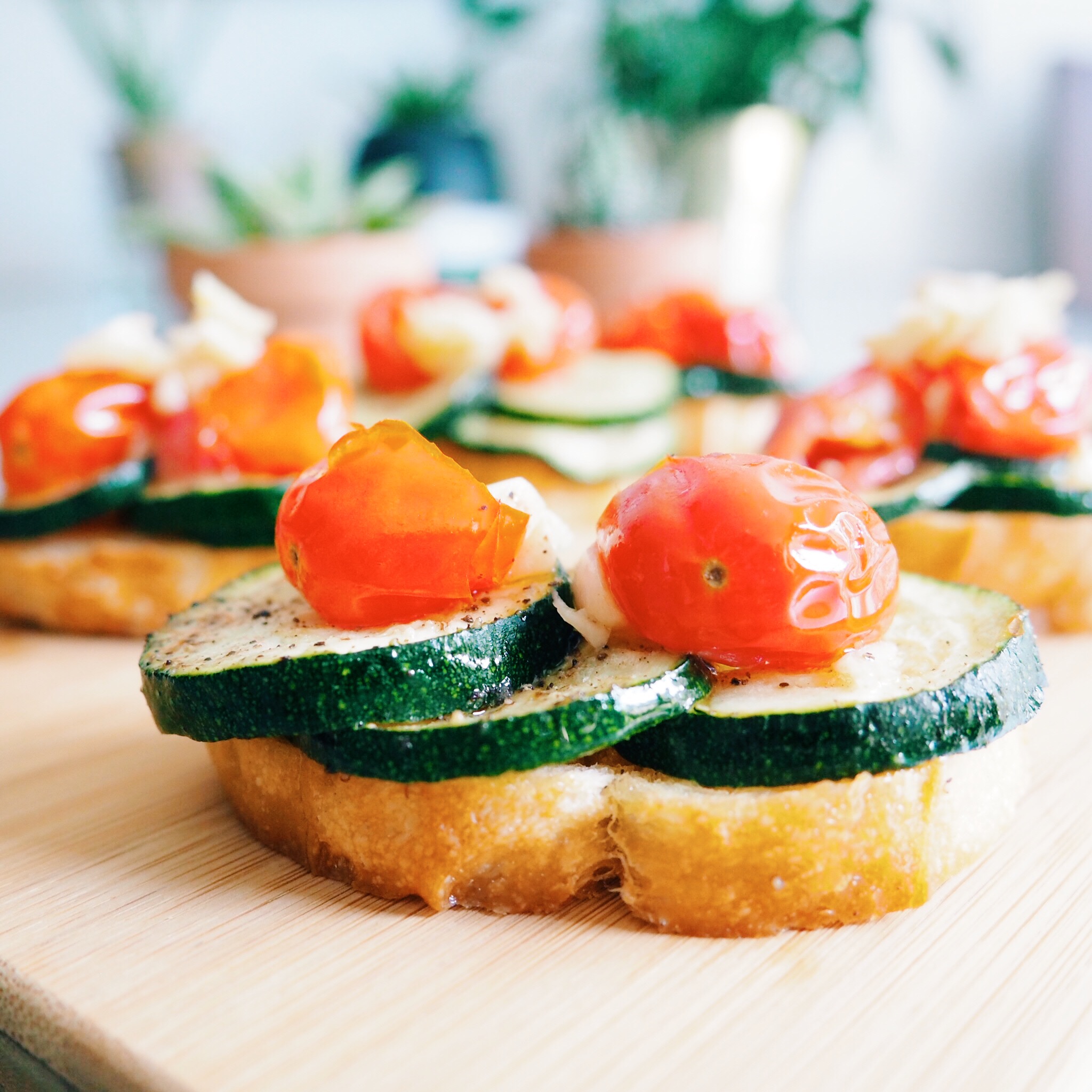 My name is Christie. I enjoy sharing mostly pan-Asian recipes from around the world. So that you can make them from the comfort of your own home. In my spare time, I enjoy spending it with my wonderful husband and two dogs, Bear and Maddie, outdoors in nature

Looking for a specific recipe?