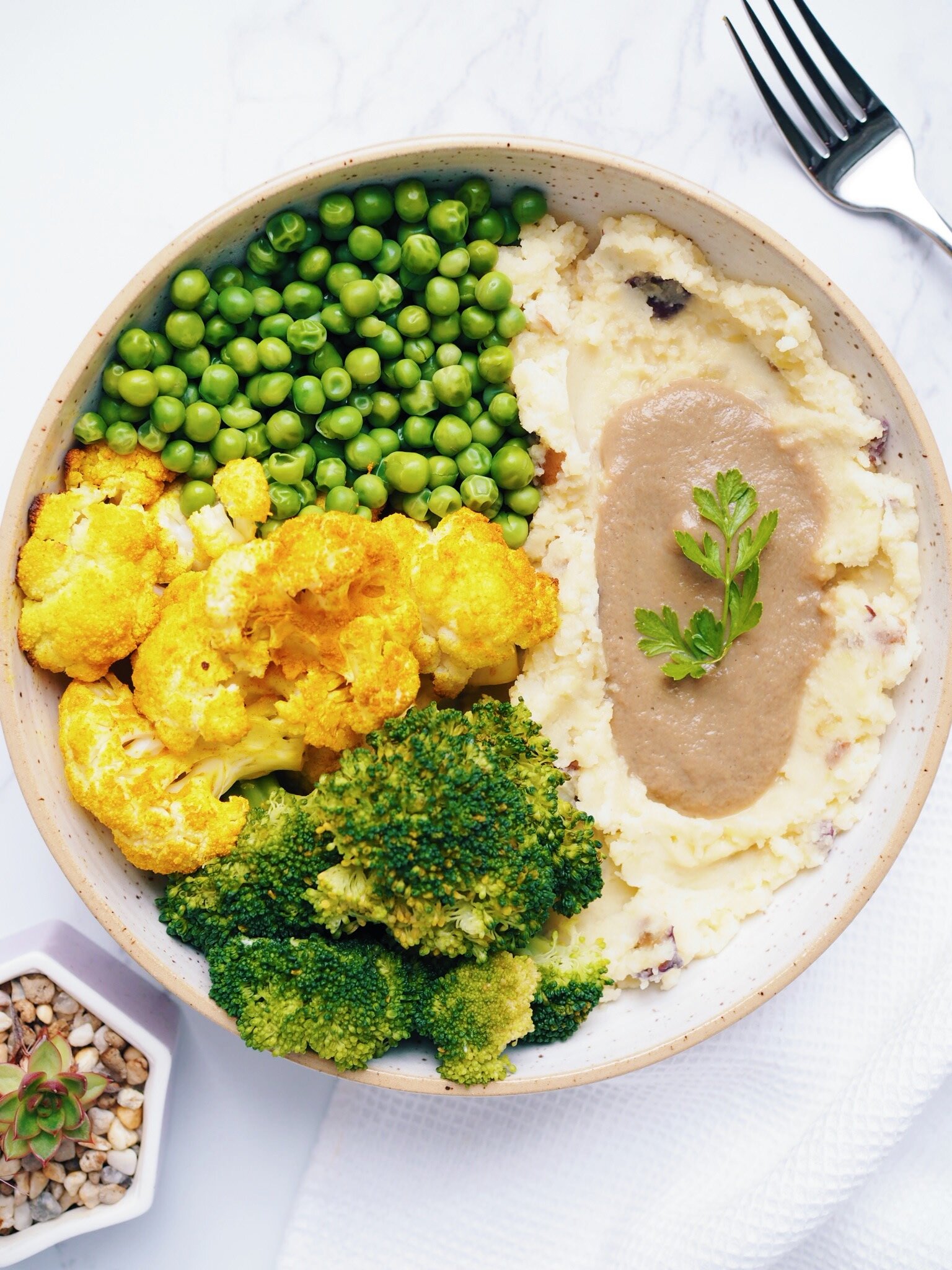 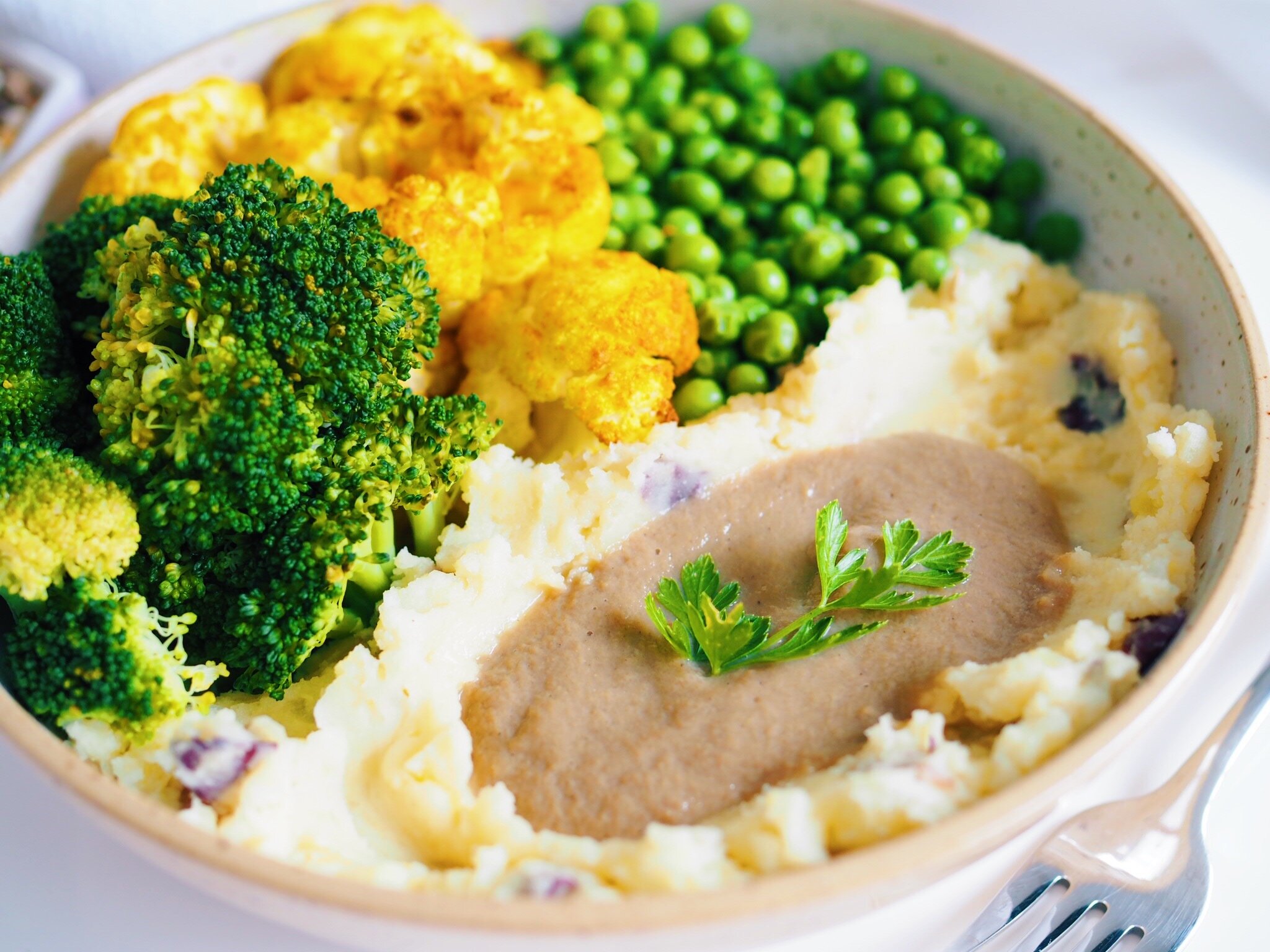 For the mashed potatoes:

For the vegan gravy:

Disclaimer: I am not sponsored by the companies listed in this post. 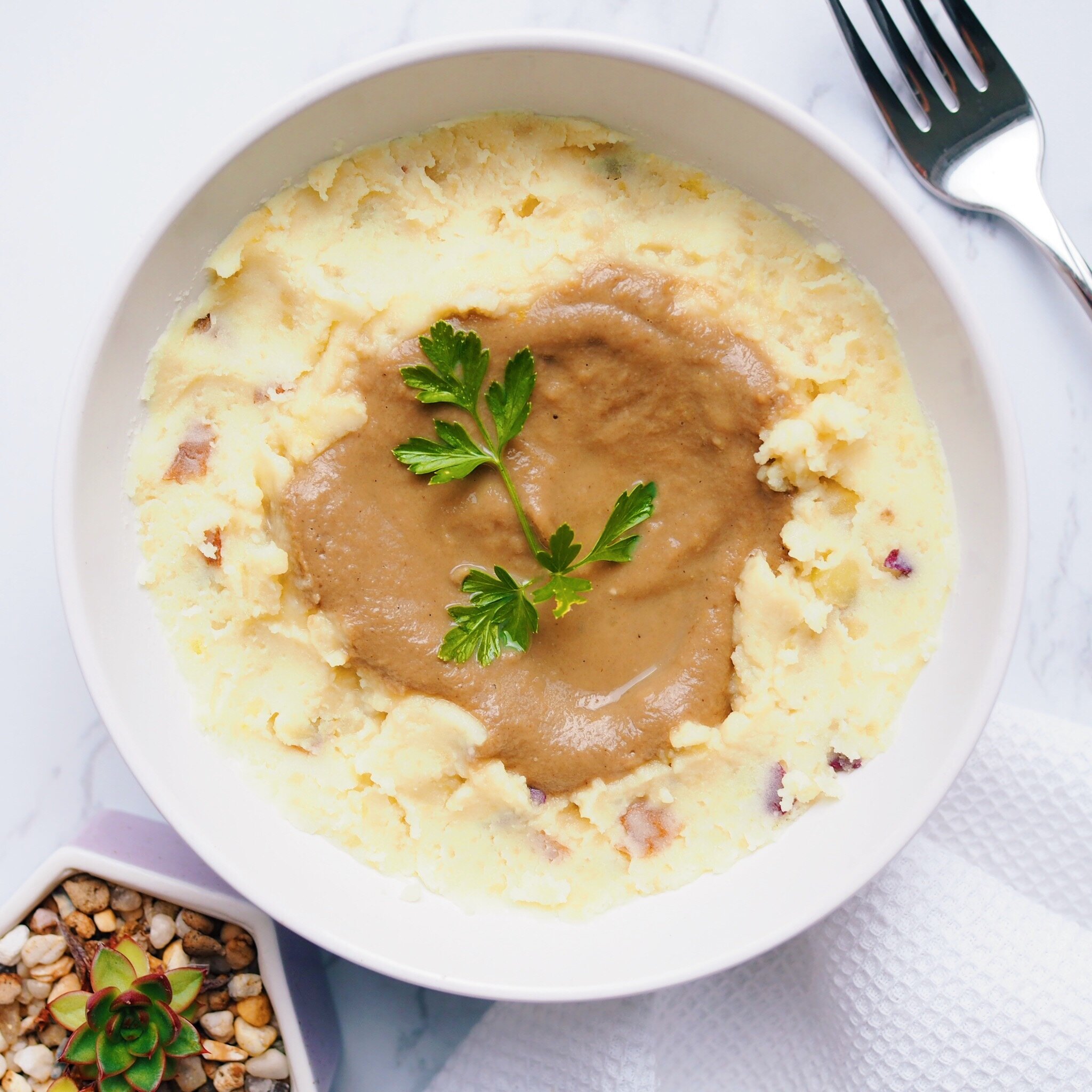 My name is Christie. I enjoying sharing interesting and delicious recipes that you can make from the comfort of your own home. I love food, nutrition and sharing ways to live a more conscious lifestyle. In my spare time, I enjoy spending it with my husband and two dogs outside in nature or eating delicious food!